Welcome to the February 2020 edition of the APM Client E-Newsletter.

I hope that you all had a lovely time over Christmas, New Year, Chinese New Year and Auckland Anniversary. I spent the holidays with my family on Waiheke as I know it’s important to take some time out before the New Year starts to recharge and refocus for the year ahead, I hope you were able to do that too.

A recent announcement by the government got me thinking that there was at last some good news for Auckland commuters and property investors.

Labour’s $12 billion injection into infrastructure is good news for Auckland, which was announced to be getting about $2.2 billion towards upgrading roads and rail, as well as additional funding for schools and DHBs.

What does Labour’s recent $12 billion New Zealand Upgrade Programme have to do with property you ask?

Good infrastructure is at the heart of a well organised and liveable city, better schools, better roads, and better railways all encourage more people to live in Auckland and therefore more housing is needed.

We have already seen a pattern that the outskirts of Auckland (Pōkeno, Drury, Ōrewa, Hobsonville, Pukekohe etc) are becoming increasingly developed as Auckland’s population along with the renting population grows. The targets from the infrastructure will address commuting from some of the outer areas meaning it will be easier for people who live out of the City to navigate to their work and leisure activities.

So what are the key things to think about from the upgrades if investing in property:

These are all important points to any potential renter as these new infrastructures are going to add real value to families and people living in the area. In my opinion, they will also help encourage buyers and companies to invest in these areas as Auckland becomes more connected. This equates to more worker accommodation being required and more development.

More accessibility + more population + more housing development = investors are needed to help make Auckland one of the most liveable cities in the world.

I am excited about the year ahead, to see what’s in store for the property industry for 2020, and the prospect of being able to help more investors in the Auckland market with their property management.

Feel free to chat to me or my team of professional Residential, Commercial or Body Corporate managers any time, I look forward to hearing from you.

IRD moving away from cheques

From 1 March 2020 Inland Revenue will no longer be accepting cheques as they change to an increasing electronic environment. For those that pay by cheque, other options such as online banking would be a preferred payment method.

We are out of the gates on this interesting and sometimes complicated journey towards Healthy Homes Regulations. With our own internal processes in place and well underway, we are working with landlords daily to meet the range of measures the government has brought in to improve rental accommodation standards. Whilst most of the media headlines so far are around insulation and heating, that’s just two of the five areas which landlords need to comply with, there is also drainage, draught stopping and moisture ingress.

These requirements have a stage by stage compliance timeframe, firstly by 1 July 2020 this year all new or renewed tenancy agreements will need to include specific and prescribed information about how the landlord complies or is non-compliant (shown with a property assessment report). By 1 July 2021, all private landlords need to have fully completed any remedial work required to meet the new five standards.

Allow me to address the elephant in the room, we are very aware of the frustration and pain this is causing some of our landlords, we sincerely recognise that and believe me, the team feel it too. You are not alone in your dismay at the extent of some of the new regulations that appear nonsensical however, as your property partner it is our duty to be the messenger of your obligations and to provide you with the best possible advice and support services to meet your obligations.

As Auckland’s population continues to grow there is the need for more and more housing including rental properties to supplement the increasing renting population. The Government is working with many developers to encourage first home buyers with an ever increasing need for homes for tenants.

2019 saw many changes to the property industry and there will be more to come for 2020, if you are a landlord renting your property out, or you are a tenant renting a property, here is a list of the changes you will be interested in.

Read more on the above changes on our website here.

Find our more information on the Inland Review website

That amendment bill basically aimed to:

As a founding member of Strata Community Association NZ (SCA) in which we have Senior Body Corporate Manager Lisa Mak representing APM on the SCA Executive, and as a member of the Body Corporate Chairs Group (BCCG), we believe in best practice both here at APM and throughout the industry.  Click on the link below to take a quick look at the main areas that have been identified as needing improvement.

Get in touch with our Commercial team today, you just may be surprised at what you learn.

Talk to us about our Waiheke holiday home services today! Our administration team is going from strength to strength.

We are delighted to welcome Ashley Tran to our Body Corporate Team. Ashley is our new Body Corporate Accountant having worked in the industry for the past six years. She holds a double major in accounting and finance and is also close to completing her CPA.

We are also delighted to welcome back Sherry Zheng who has been studying in Denmark for the past 6 months. Sherry picks up where she left off last year as our Projects Manager so she will be assisting the Managers on remediation projects as well as providing specialist support to the entire team including supporting our Best Practice Manager. 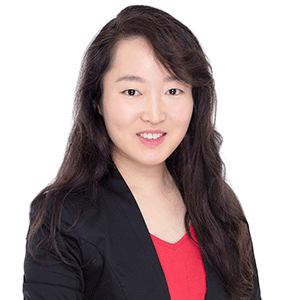 Some interesting things our team got up to over the holidays

Most of our staff were able to take the opportunity to get away over the holidays, we thank those who were especially working hard over the Christmas and New Year period to cover those on break. Our Chinese Team and their families at Tree Adventures.

And a big shout out to all those who held down the fort working while everyone else was on holiday, we hope you managed to get some time to spend with family and friends too. Q. How long have you been working at Auckland Property Management?

Close to five and a half years now.

Q. What is your favourite thing about being a body corporate administrator?

Definitely the team I work with, these guys make me smile every day and the fact that every day is different.

Q. What is the most common question you get asked from owners?

Probably the most common question is “Please can you help me log in to the online website portal” APM has set up this great online portal for Body Corporate owners with information on current owner ledgers and income reports, it’s a great resource.

Q.Do you have a favourite book or movie, if so what is it and why?

I loved “Shantaram” by David Gregory. It’s so good and taught me to except everything coming my way with compassion and not to be afraid to follow new paths.

Q. What has been your proudest achievement?

I’m an outdoorsy person, so traversing the Tongariro Crossing, Hiking the Queen Charlotte Track and climbing Mount Taranaki within a short space of time, was exhilarating and so rewarding.

Q. Where is the next place you would like to travel to?

Tonga to swim with the whales.

Q. What is one thing that instantly can make your day better?

Doing something nice for someone else.

Fill out the below form and subscribe to our bi-monthly client e-newsletter to get industry insights, seminar invites, reminders, and division updates from Auckland Property Management.